“style beyond the traditional graffiti and street art aesthetic” 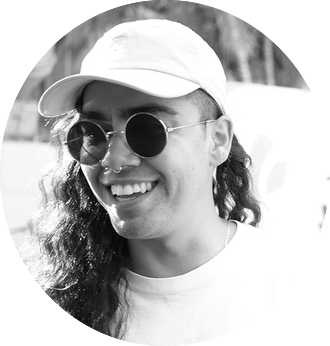 James Haunt was raised in Los Angeles, where he became interested in art through comic books, graphic novels, and pop culture. As Haunt evolved as an artist, he immersed himself into the graffiti scene, using spray cans as his media and cityscapes as his canvas. Haunt grew his talents as an artist and brands within the action sports industry began to take notice, offering him a legitimate forum for his art. He’s created murals for Red Bull, Big Bear Resort, Porsche, Hotel Erwin, Chris Brown, Electric Eyewear, and other numerous locations in the areas of Los Angeles and Palm Springs. For his collaboration with Trust Me Vodka, Haunt chose a bright, summery theme to coincide with the summer launch. Haunt’s original art created an enormous buzz within the brand. This enthusiasm catalyzed Haunt’s most recent inspiration: James Haunt 2.0, featuring a clash of color that binds the two bottles. 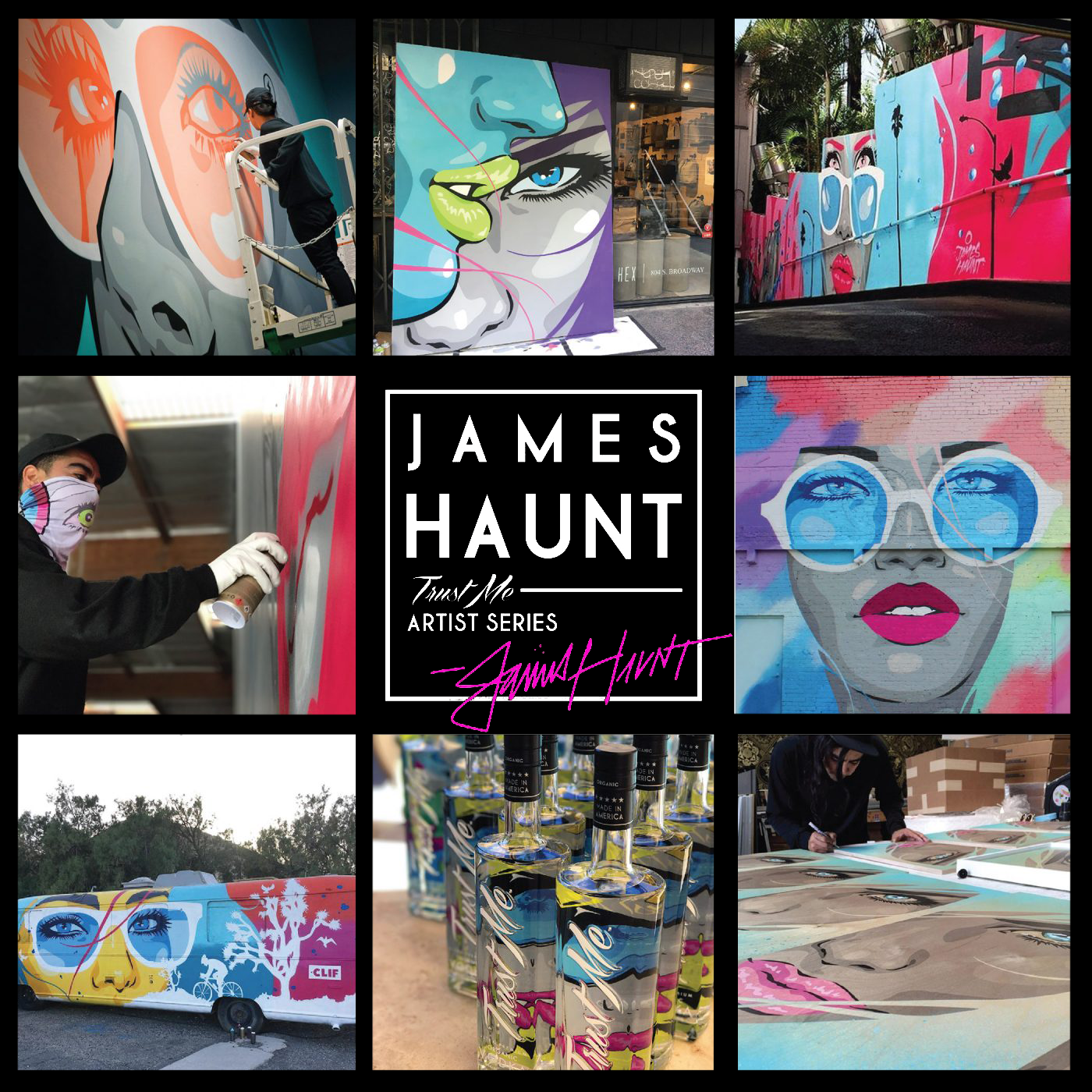